It’s that time of the year — when everyone is gripped in football frenzy, as the World Cup is underway in Brazil. And it’s not just the drool worthy hunks on the field who are catching our eye (though we still love it when they take off their jerseys!). Their incredibly stylish arm candies, rooting for them from the stands are on our radar too (for entirely different reasons of course). We round up the chicest FIFA 2014 WAGs and decode their style for you. Victoria Beckham, move over!

The 37-year-old Colombian singing sensation Shakira and her gorgeous 27-year-old Spanish footballer boyfriend Gerard Piqué are one of the most talked about celebrity couples in the world. The petite pop diva who is famous for her bohemian chic style of dressing and to-die-for blonde locks is often caught in ripped skinnies and printed tops. When she puts on the bling, she blows it right out of the park with classics from Chopard and other haute joaillerie brands. 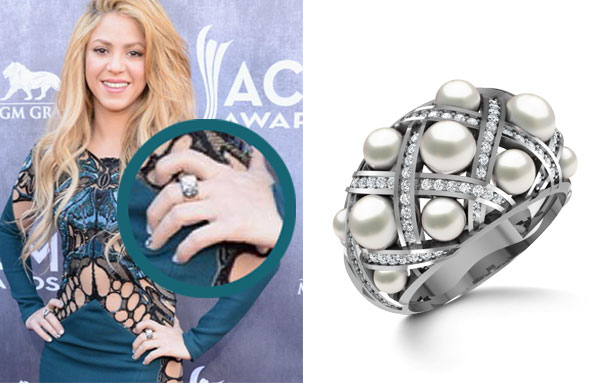 Get her look: Pearl Weave Ring

Handsome Portuguese footballer Christiano Ronaldo and his Russian supermodel girlfriend Irina Shayk have been together since 2010. The beautiful brunette bombshell is famous for scorching the covers of several high-end fashion magazines, and is all set to make her acting debut in the 2014 in Dwayne Johnson starrer Hercules. Statement earrings are her jewellery of choice and she is often be spotted in stunning pairs by de Grisogono. 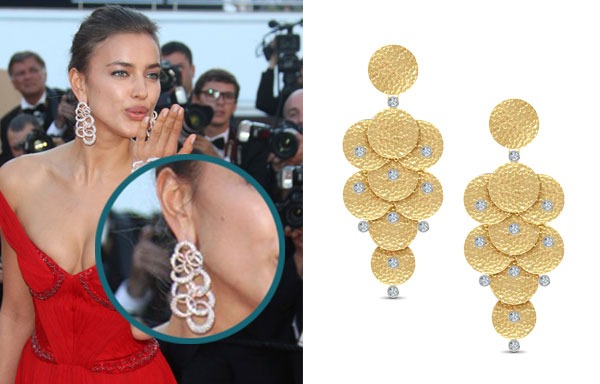 Fashion columnist Alex Curran and famous husband, England skipper Steven Gerrard, have been married since 2007 and have three daughters together. The once-upon-a-time nail technician along with fellow WAGs Victoria Beckham and Cheryl Cole was a regular feature at the 2010 World Cup, however this year the football legend has decided to leave his family at home in order to avoid any distractions. Curran has achieved much praise for her bold and out there sartorial choices and was even awarded the title of ‘Most Stylish Scouser’ at the Liverpool Style awards. She is often spotted stacking up her arm candy or turning to simple studs for a cool look. 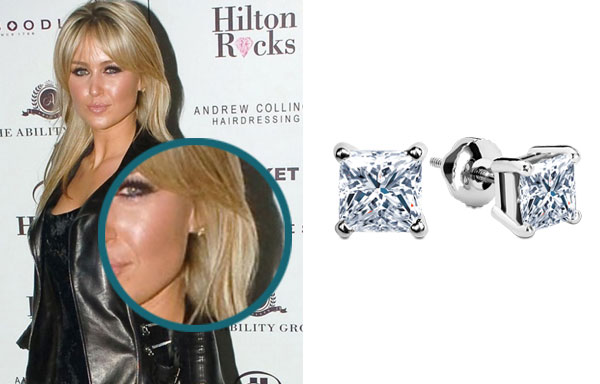 Get her look: Noblesse Solitaire Studs

Childhood sweethearts Coleen and Wayne Rooney married in 2008. The wife of the famous Manchester United forward has emerged as somewhat of a style icon, always preferring to keep her look feminine and classic with a dash of bling. Coleen boasts of an enormous collection of bling that includes a diamond-encrusted ring with the couple’s initials carved into the inside, which she designed herself, a 10-carat diamond from Chopard and lots of pieces from New York based jeweller Jacob & Co. 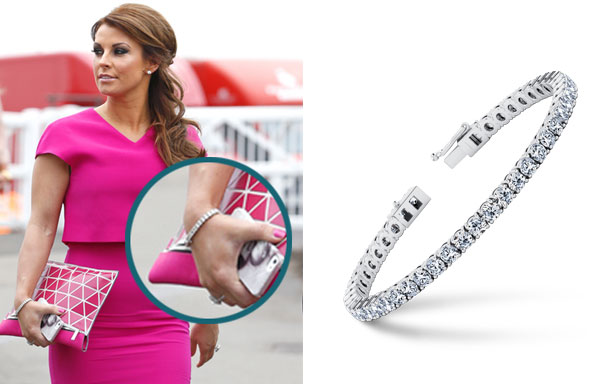 Sara Carbonero, wife of Spain captain Iker Casillas is undoubtedly one of the most drop-dead gorgeous WAGs around. The TV reporter was once even unsurprisingly voted as the sexiest journalist in the world. The sexy sports journalist keeps her look tough and comfortable when at work, often wearing military jackets, knee high boots and aviators. She also adds oomph to her day look with fun quirky beaded necklaces, leather cuffs and charm bracelets. 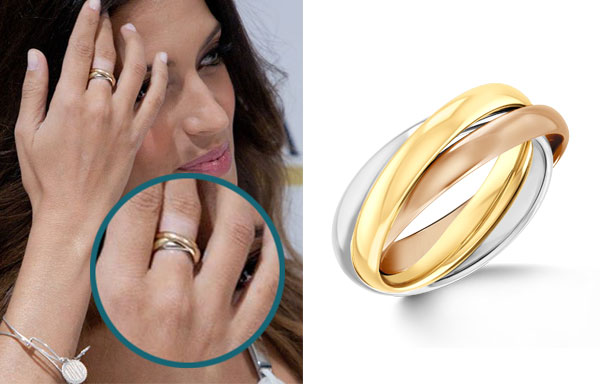 Sara Carbonero at Opening of Pantene clinic in Madrid

Get her look: Trinity Ring For Her

So, which FIFA WAGs style are you crushing on the most?

(Visited 338 times, 3 visits today)
EAR ME OUT: Choose Earrings Based On Your Face Shape
Better Together
Share on FacebookShare on TwitterShare on Google+Share on LinkedinShare on Pinterest