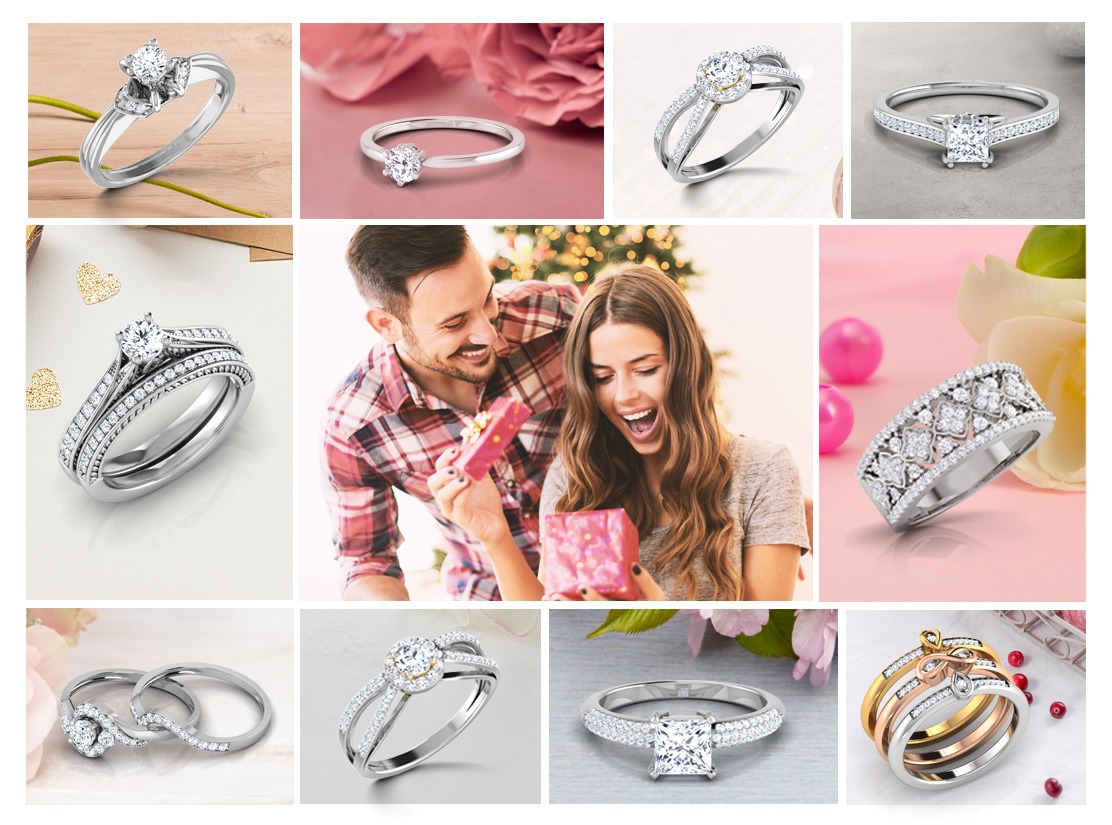 The custom of exchanging engagement rings became widely accepted in the 1900s. Over the eras that followed, engagement ring trends have changed. From Victorian styles to Edwardian designs, here is a glimpse of engagement rings through the past century that continues to influence our styles even today.

The early years of the 20th century saw the rise of the classic “Tiffany Setting” solitaire ring. Mila Kunis flashes a round-cut-diamond engagement ring in this style.

The roaring 20’s moved towards more geometric designs with handmade filigree metal details and a mix of precious stones. Back in the days, Guy Richie presented Madonna with a beauty of this style.

The 30’s were all about the love for Art Deco aesthetics. The engagement rings in this era were glamorous and architectural, just like Scarlet Johansson’s stunning engagement ring.

This famous slogan gained popularity in the 1940s when DeBeers launched their campaign to promote diamonds as a sign of love and status symbol. Think big diamonds on pretty bands like the one Miley Cyrus flaunts.

Audrey Hepburn’s engagement ring started a trend of its own in the 50s. These were stackable rings in different metals; a style that’s popular till date.

While people continued to be fascinated with different cuts, they also began using rings with a cluster of small stones flanked by the centre one. Catherine Zeta-Jones wears a beauty like this.

The popular sapphire ring previously worn by Princess Diana and now by Duchess Kate was a rage in the 80s. The engagement rings of this era were all about round-cut stones and baguette diamonds on the sides.

The 90s were all in for the simpler yet elegant radiant-cut stone. Jenifer Aniston’s engagement ring belongs to this style.

Square cuts from the 90s stayed popular in the 2000s, with the Princess cut engagement ring being a go-to style. The rings of this era also saw bands with stones set into them. Hillary Duff wears an engagement ring like this.

Since the 2010’s rectangular cushion-cut diamonds and halo solitaire rings have been the trend. Sunny diamonds, in particular, are popular with celebrities and we’ve seen Adele, Carrie Underwood and Kelly Clarkson wear such bright bling.

Pick a solitaire engagement ring that perfectly matches your style from CaratLane and save up to 15%.

(Visited 1,814 times, 17 visits today)
Mark Those Special Moments with Solitaire Jewellery
Oh Da-aaad! 10 Things Only Fathers Do!
Share on FacebookShare on TwitterShare on Google+Share on LinkedinShare on Pinterest